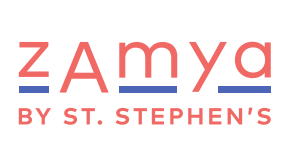 What does a second chance look like for people experiencing homelessness?

After a four-show run outside of the Minneapolis Central Library this month, there is a new opportunity to see SECOND CHANCE!

Who deserves a second chance? And who decides? SECOND CHANCE explores the concept of what it means to get a second chance in life. A woman has a criminal charge that has been following her around and she can’t seem to get rid of it no matter what she tries. We hear her plea to the Council of Second Chances and the audience weighs in on whether or not she gets a second chance. What would you decide?

SECOND CHANCE is the culmination of ACTivation: Changing the Conversation on Homelessness Downtown. ACTivation is zAmya’s year-long residency at the Hennepin County Library – Minneapolis Central on Nicollet Mall. The goal of the residency is to engage library patrons experiencing homelessness in creative projects which will build relationships between homeless and housed patrons of the library and, by extension, Minneapolis – particularly downtown employees and residents. Activities have included weekly workshops and performances on Nicollet Mall.

It is said in the housing advocacy world that people with criminal backgrounds are the hardest to house. The phrase Second Chance is a term housing advocates use to refer to this challenge. Second Chance implies there is someone who messed up. With this housing or this job we’ll give that person a Second Chance at life. As it is now, these Second Chances are hard to come by. While we generally believe in the idea of serving time and paying dues, our systems do not support this idea. As the truth gets louder around racial covenants in housing practice, Criminal Justice System as the new Jim Crow, huge racial disparities in shelters and on the streets – it must be asked – was there ever a first chance? Maybe it is America that needs a Second Chance to fulfill the dream for all Americans?

As with all zAmya productions, SECOND CHANCE will include humor, song and spoken word.

SECOND CHANCE is created with support from Hennepin County Library, Minneapolis Downtown Improvement District, National Endowment for the Arts and the Carolyn Foundation.

PLUS: Let's Make A Play Together!

Round Up for zAmya in October!

Homelessness Ends With You.

Learn more about homelessness in Minnesota.
Send a note to your legislator to advocate for systems change.
You can make a difference.